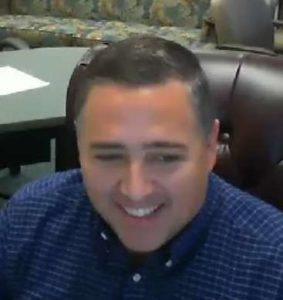 Darrel D. Spinks is the Executive Director of the Texas Behavioral Health Executive Council.  Mr. Spinks is a graduate of Howard Payne University in Brownwood, Texas, and Baylor Law School in Waco, Texas.  After graduating from Baylor in 2001, Mr. Spinks practiced law in his hometown of San Saba for 10 years.  Mr. Spinks’ has handled a wide variety of litigation in both state and federal courts involving real estate, probate, consumer, contract, and administrative cases, and represented individuals charged with major felony crimes.

Phillip spent 20 years working with his parents in their restaurants, then another 25 in the printing and marketing industries. With a life-long interest in the workings of the human mind, starting PracticeMentors.us with Kathleen Mills was a no-brainer. Phillip has been married to the same woman, Mary, for almost 40 years, has two grown sons, two fine daughter-in-laws, 6 grand-kids, and a dachshund named Buddy. What else do ya need?

View all posts by Phillip Crum →
Scroll To Top