Today I want to talk to you about preparing counselors for a tsunami of clients suffering from the effects of the past 22 years. Phillip has posed 8 questions to me and I'll do my best to answer them honestly in the best interests of our clientele. We did both an audio version and the transcript below so take your pick and let me know what you're thinking these days in the comments section please. Here we go.

1. What is the singular point that you want to get across to the listeners today in this conversation?

I believe there’s a tsunami of clients about to come through our front doors in the very near future because of a sordid cocktail of world and economic events that have transpired over the past 20 years, peaking right now. I am very afraid that our counselor community is ill-prepared to deal with those specific issues. We can’t help a client think their way through to a rationale and ultimately positive outcome if our facts, logic, and associated horizon are all based on incorrect information.

2. Why do you believe that?

Because it’s already happening in my practice, and I don’t see it getting any better anytime soon. From conversations I’m having with many other therapists I know they’re seeing it, too. Also, I have been tracking a lot of this stuff for longer than just the past two years. Covid is just a symptom of a much, much larger cancer on the world stage.

I do my own research and have learned a lot that I’ve never heard on the nightly news and I believe that what’s driving current events is not generally understood in the counseling community. How can we possibly treat something or help someone paint an accurate picture of their reality if we don’t know what’s really driving the problem?

Ask yourself, why the message MSM has been feeding us for 2 years doesn’t match up with the recently released, court-ordered Pfizer documents and CDC disclosures? It’s not even a close!! But don’t take my word for it, go look it up. You’ll have to because, again, you won’t hear about it on TV.

3. How long do you expect this wave to last?

I think the wave has already begun and will increase and continue for at least the next 5-7 years. Maybe longer. I also think we’ll be dealing with residual effects long after the wave has receded. Our kids will probably be witnessing the after-effects for the rest of their lifetimes. Clean-up is going to take a very, very long time.

4. What types of issues are coming through your front door right now that support your argument?

The wave I’m talking about are clients with issues directly related to world political and economic events that are happening for the past two years and continue today. These issues have come home to roost and directly affect them in their lives. They include:

5. How are these issues different than what you normally encounter?

They’re different in that they’re on a scale that most people have never encountered before, and so do not have an experience base from which to frame and deal with them. That includes counselors.

The sheer scope and categorical complexity of the issues puts these problems in a class all by themselves. These issues and their treatment options can't be neatly tucked into our traditional diagnostic quiver and list of treatment modalities. I believe that successfully handling the wave is going to require a lot of out-of-the-box thinking. Combine that with an overwhelming stampede of new clients and we’re in for a long night.

The very nature of these issues demands long-term resolutions. There is no quick fix for most of them.

6. You mentioned a “cognitive dissonance” a moment ago. What's driving that?

Clients inherently feel that something is off, ...way off. They’re not able to trust the old institutions as they always have even though they want to, and even worse, they’re questioning their own judgement. That’s the observable effect of gas-lighting. The information they’re taking in through their traditional institutions about the world they live in isn’t matching up with what’s happening right in front of them.

People are not stupid. They may be too busy, too lazy or overwhelmed to ask questions and do their own homework but, by and large, they’re not stupid.

From my own long-term research I believe that it’s a complicated mix of long-term deception, greed, and lies at the highest levels. This has been going on worldwide for a very long time. Fortunately, all of this is easily researched in accepted American and World History if you make the time and ask the questions.

There’s always been a small group of patriots that have recognized the problem and sounded the alarm. Jackson recognized it. Lincoln recognized it. Kennedy recognized it and so did Reagan. Thinking back to the '60's, "the problem" was a huge piece of the narrative that drove the civil unrest. Think what you want to about Trump, but he recognized it, too. And several in that list have paid a hefty price for it.

Throughout history, not enough of us were listening to effect any meaningful change in the reigning global institutions. Until now.

7. Which “institutions” are you referring to and why?

a. Both our Federal and State governments have lost the faith of the people.
At the Federal level, all one has to do is follow the polls. Record low levels of confidence in all 3 branches of the government. Period. Go look it up! Even the Democrats are unhappy with what’s going on.

I’m old enough to remember the Nixon and Carter administrations and their political fiascos and they don’t even register on the scale relative to what’s happening now. There's some really bizarre, illogical stuff going on in our world.

For example, does cutting off our oil supply at home, sending gas prices through the roof to historical highs just to “send a message” to a rival international leader, does that sound like a good short-term solution to any problem you can think of?

Nothing makes any sense anymore and the average citizen can see it.

At the State level, things are a little better but not much. The Red States are in a superior situation financially, and the crime rates are lower than in the Blue states. You can look that one up, too. It’s not hard. There's an exodus of citizens from Blue States to the Red ones, also easily verifiable. Why do you think that is?

Trust in our governments both federal and State has been shattered in the past 20 years, especially in the last 2.

b. Our financial system is a global mess.
Our money is “fiat” money. It’s backed by nothing but the recycled cotton rags it’s printed on and the Central Bank can print more of it at will, which is why inflation exists. People are worried about losing their paychecks, their purchasing power, and their retirement funds.

Our money system is sick and everybody knows it. That wouldn’t be the case if it was backed by gold or silver, btw. No wonder no one trusts the banks or the banking system anymore.

c. Big Pharma and our medical community can’t be trusted anymore.
What’s it called when the government and big business are in bed together for political and personal financial gain? Yeah, there’s a name for that and it got Mussolini killed. The Federal government and Big Pharma work hand-in-hand, under the table and out of the MSM, of course, and it’s not to keep you healthy.

Treatment protocols are driven by compensation now. The Feds pay our medical institutions to test you for Covid. They get paid some more to put you on a ventilator, and they get paid a ransom if you die.

It’s the same small group of people sitting on each others corporate Boards, swapping CEO roles like some giant game of musical chairs. Conflict of interest is the life-blood of the world of medicine now.

Ask yourself who benefits the most from those relationships? Who holds patents to which drugs and when were those patents issued? Follow the money. You’ll be shocked.

d. We’re being lied to every day (MSM).
The days of cold, hard news are gone! We’re being spoon-fed a narrative, a line of crap. How do I know it’s crap? Because it doesn’t match what’s happening right in front of us! People are leaving their traditional news institutions for alternative sources because they don’t trust the old ones anymore. People know they’re being lied to, they’re not stupid. Who are we supposed to believe? The problem is made worse when we begin to doubt our own judgement.

I want you to ask yourself why the viewership for all the traditional major news networks is way down? CNN’s viewership is only 10% of what it was a year ago! Look it up. People are voting with their remotes!

8. Then how do we best help our clients dealing with this mass psychosis?

People have been “taking orders" for the past 2 years, 365 days/year, 24/7. My clients are extremely fragile right now. The client-issues coming through my front door include:

How am I helping my clients right now?

The politically correct days of staying neutral about the politically motivated drivers behind the issues coming through the front door are over. We must know the real reasons behind things to frame our interactions with clients. How can we best help them to think through the various scenarios if we don’t accurately know how to guide them?

But most importantly, we must be powerful listeners, more so than talking about solutions. Healing takes place when we listen, but we must be brutally honest and proactive with our clients when that’s what needs to happen.

The time is now, and we are the people.

What’s in Your Intake Packet? 1 CEU 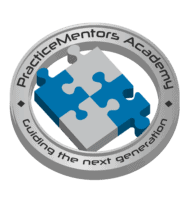 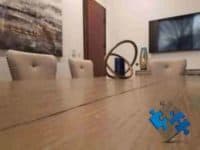